The Villa Savoye, built by Le Corbusier between 1928 and 1931, is located outside of Paris.  Once a country home, it is now in one of Paris’s suburbs.  This building changed my life.  Before visiting this building I did not fully appreciate the subtlety of Le Corbusier’s design.  Even today, surrounded by the worst types of buildings from the last half of the 20th century, it is a stunning example of building a country house in the landscape.  It is open to the public. 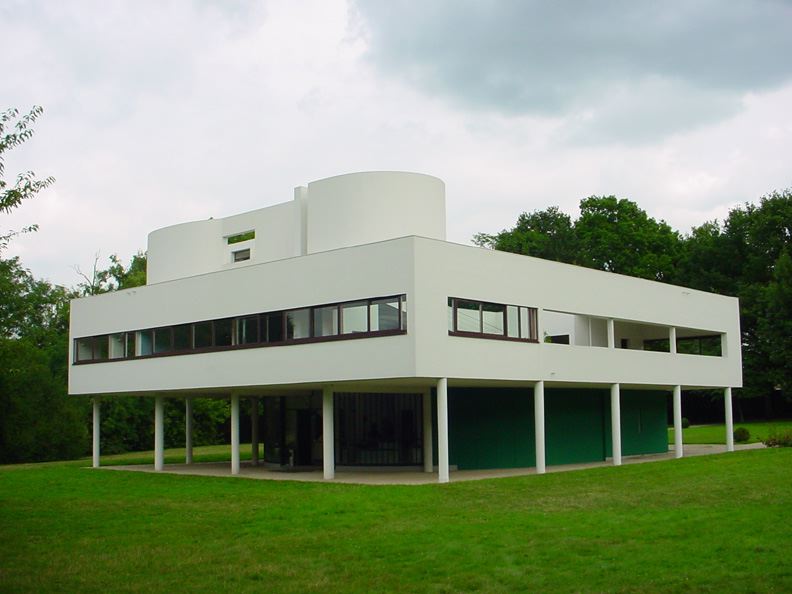 4 of Le Corbusier’s 5 points can be seen in this photo: pilotis, free facade, ribbon window and roof deck.

The Villa was designed as a weekend/holiday house for a Parisian businessman and his wife.  The size of the house was partly determined by the turning radius of the car they drove.  The house is approached from the “back” and the drive comes in under the house, wraps around, past the “front” door and exits past the garage. 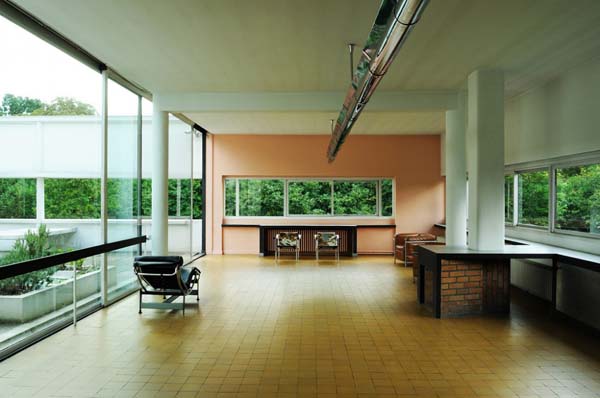 The house is one of the purest examples of Le Corbusier’s 5 points of architecture.  The main part of the house is lifted up off the ground on pilotis, the main floor has an open floor plan, the facade is separate, “free”, from the structure of the building.  The free facade allows the horizontal ribbon windows which allow in lots of light and emphasize the horizon, and there is a roof deck at the top of the building. 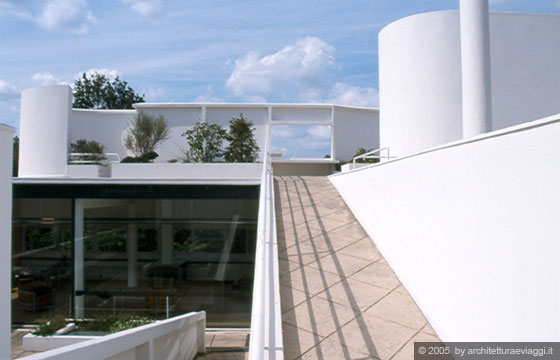 View of the central ramp that rises from the entry, to the main level then up to the roof deck.

One of the key ideas about this house is the idea of promenade, the way you approach, arrive at and move through the house.  While there is a beautiful spiral stair that links the floors, the drama is provided by a ramp that leads from the entry up to the main salon.  From there, one exits out onto the terrace and resumes moving up the ramp to the roof deck.  This path through the building ends at a framed opening that looks out over the landscape in the direction of Paris, where one started the journey.